Mobile photography has taken great leaps in quality and usability during 2 years. Phones used to come out with only one main camera and it was a constant struggle trying to fit everything in the frame, you always had to step back since everything seemed to be so “close”. This has luckily changed and now the market is filled with multiple lens systems in phones. Some of them aren’t that great, some of them are. What comes to iPhone 12, its camera system is fantastic!

iPhone 12 comes with a dual camera system with a 12 megapixel f/1.6 aperture main wide lens and a 12-megapixel f/2.4 aperture ultrawide lens with a 120-degree field of view. The main lens has great image quality and handles most situations really well – day or night. The ultrawide however isn’t able to capture as much detail and there’s some distortion. It performs “OK” in daylight. But in low light the performance isn’t very good. 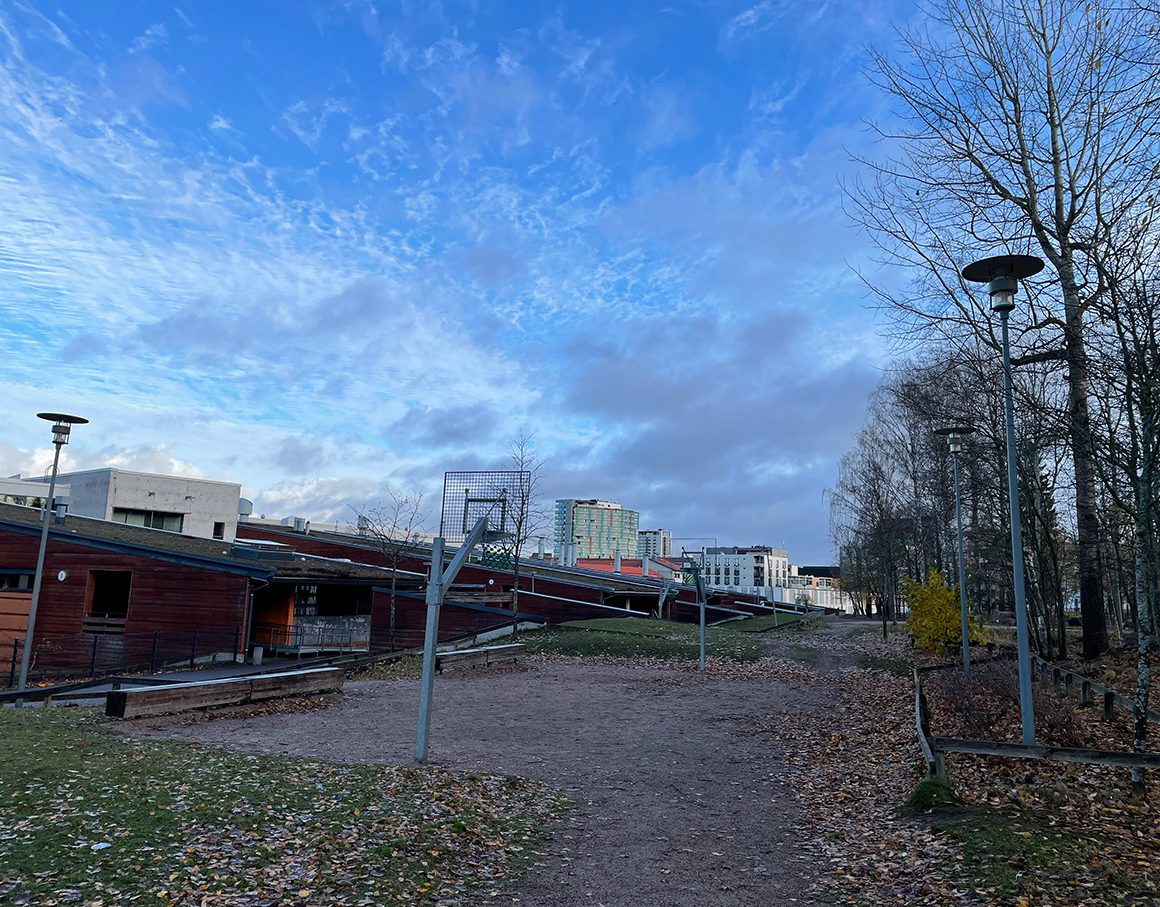 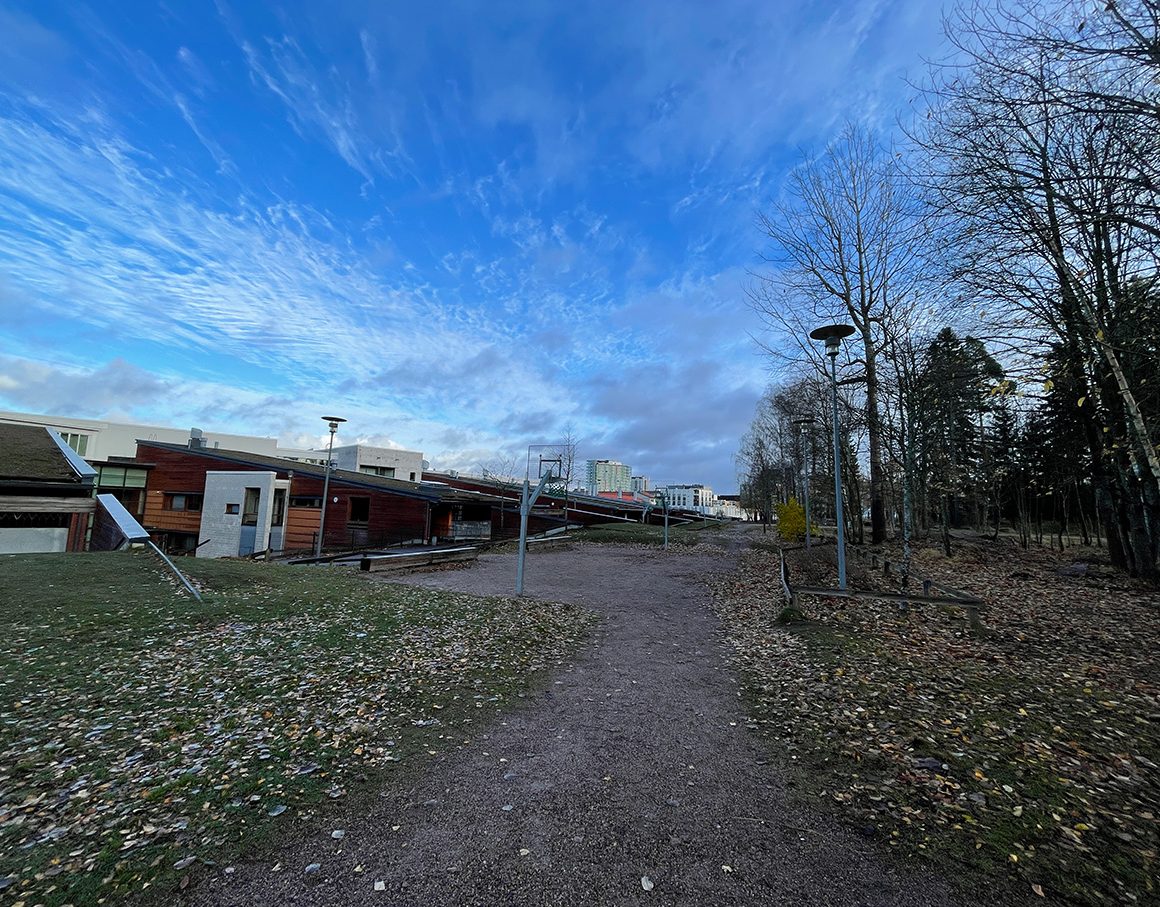 Main vs ultrawide lens during night: 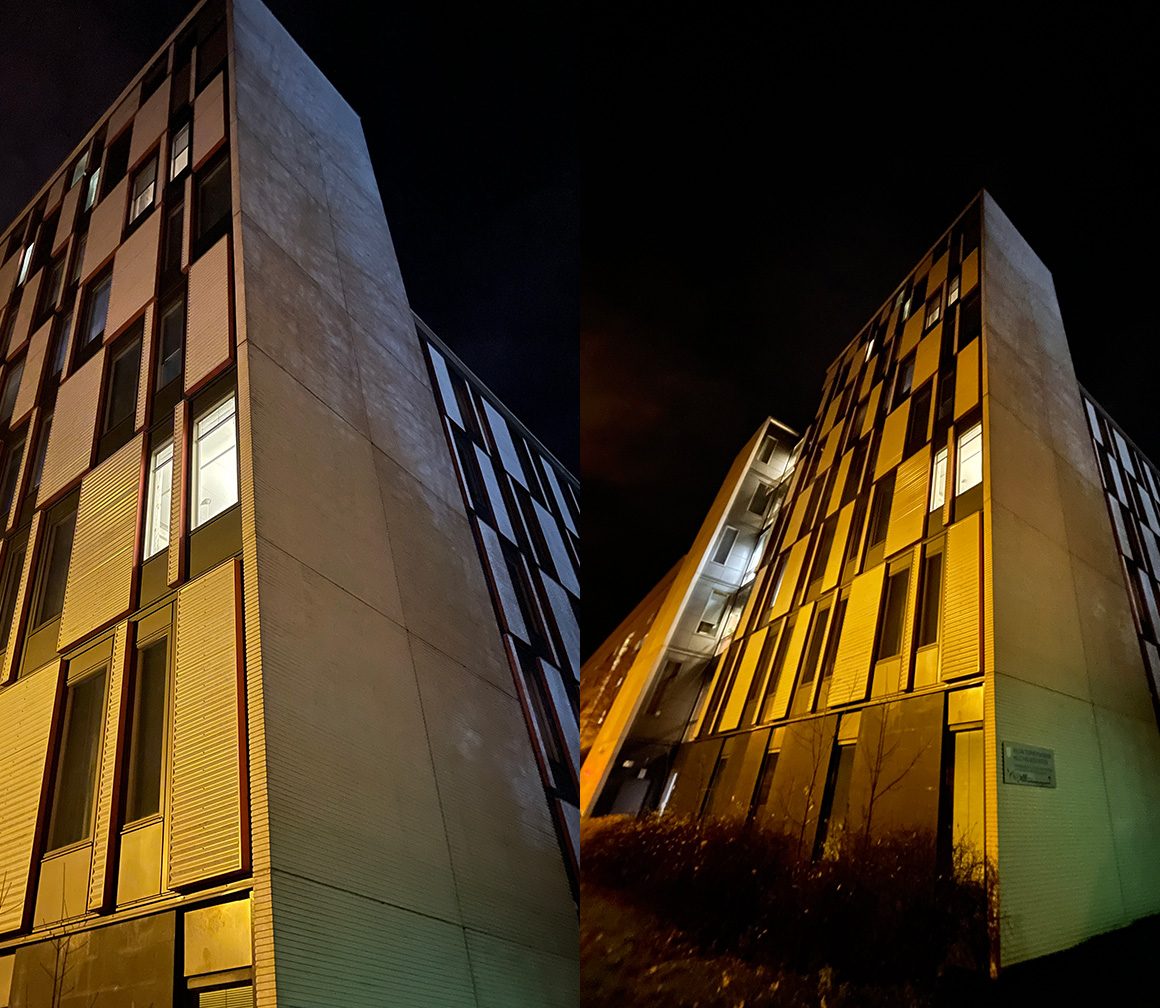 Same spot, different lens in use. Main camera captures great detail. Ultrawide manages to capture the whole building but in the expense of losing detail.

iPhone 12 captures colors and shadows true to life. There’s no overt saturation and the HDR handles challenging scenes quite well and fails rarely. It actually takes effort to try make it fail. 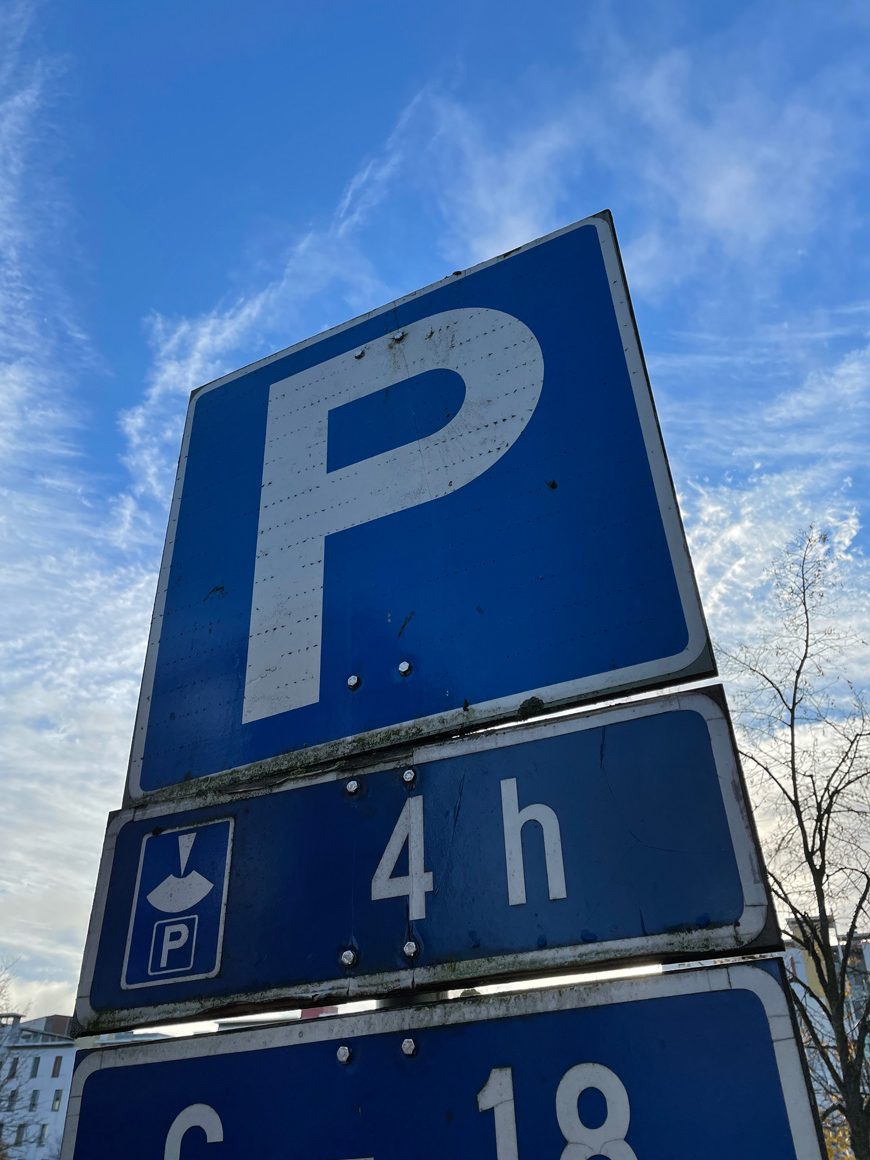 HDR handles well, capturing full details of object in front without blowing up the sky behind 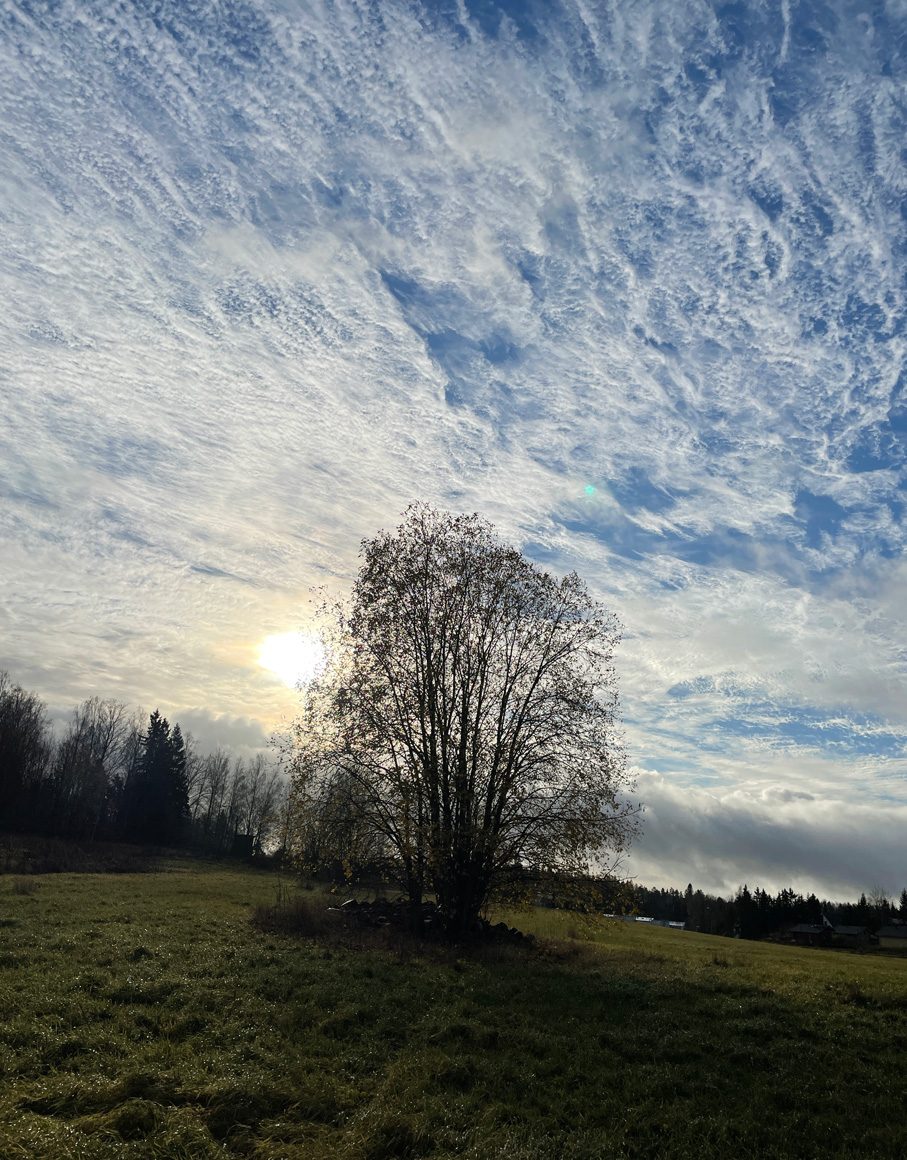 Another tricky scene. Slight loss in detail of front object (tree) but the balance is pretty good considering that the sun is blazing straight into lens. 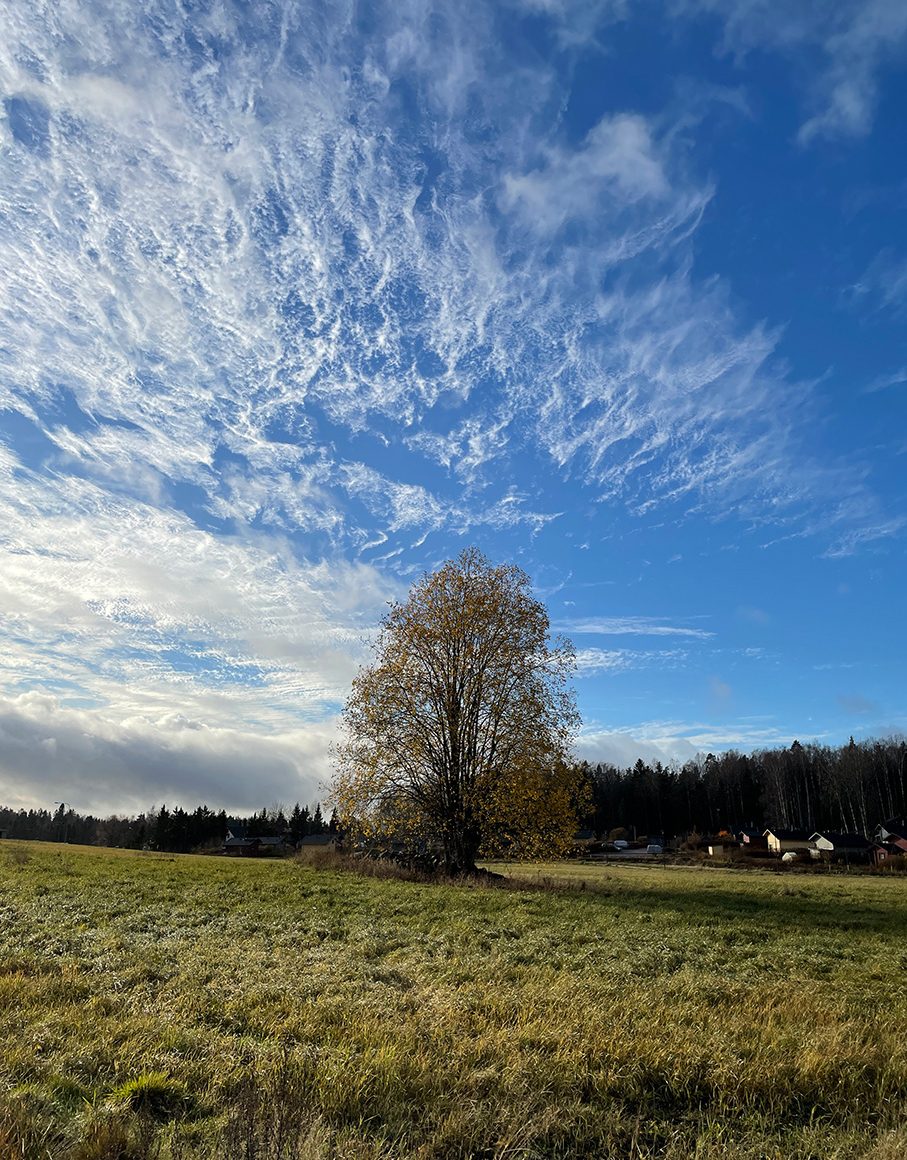 I never imagined that I’d be able to take 10 second exposures handheld with a mobile phone. Well now I can! The images turn out great with minimal ghosting even in handheld mode. There’s probably a ton of AI assisting image processing, because this is something that older DSLRs had issues with before. They had perfectly fine imaging capabilities, but lacked the artificial intelligence in image processing. That’s why you would’ve needed a tripod to capture even a 10 second exposure with an older DSLR. Low light performance used to be very poor two years back, but now mobile phones are more capable than ever. They adapt to very challenging scenes and there are less and less reasons to carry a DSLR with you.

This is what this scene looked like in real life: 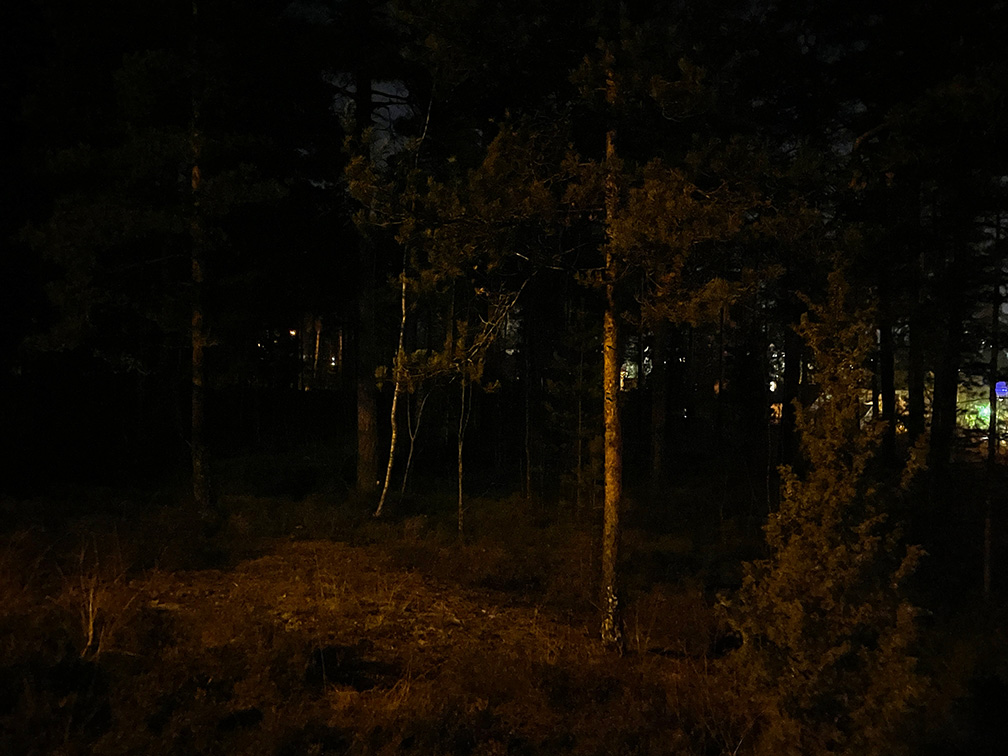 Dark scene, with all exposure settings set to reflect what it actually looked like 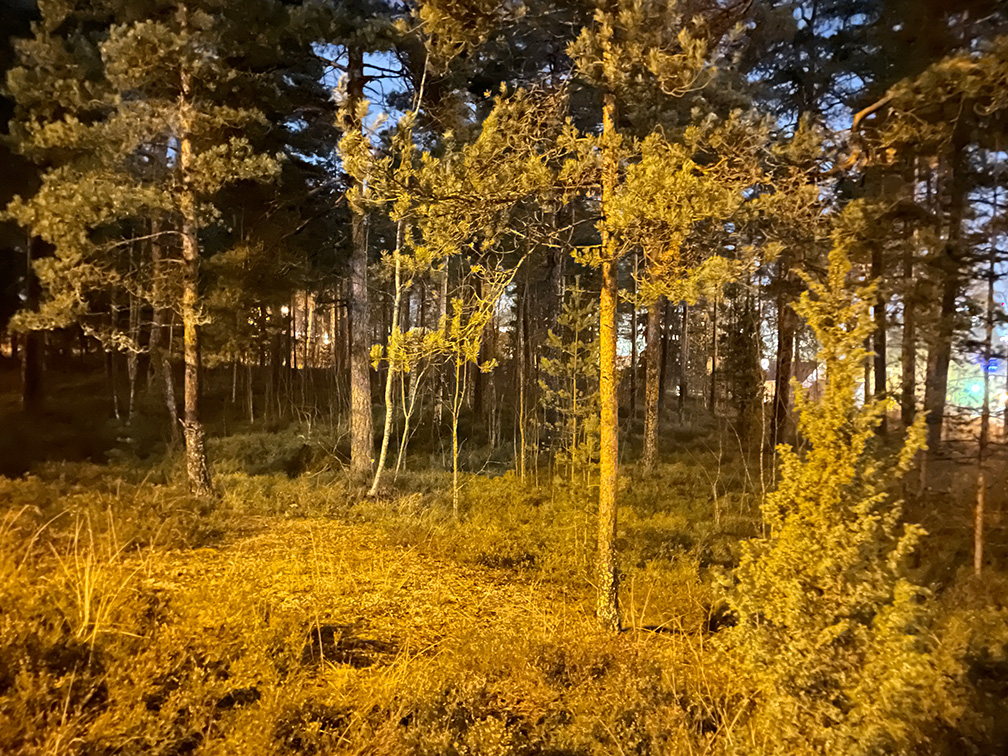 Same scene with 10 second exposure – handheld! Some slight ghosting is visible. Pretty good for a phone though!

Theres an issue with the lenses in low light use. There’s some orbing / lens flares apparent on images, they probably form when light hits the lenses in a weird angle. It’s slightly annoying: 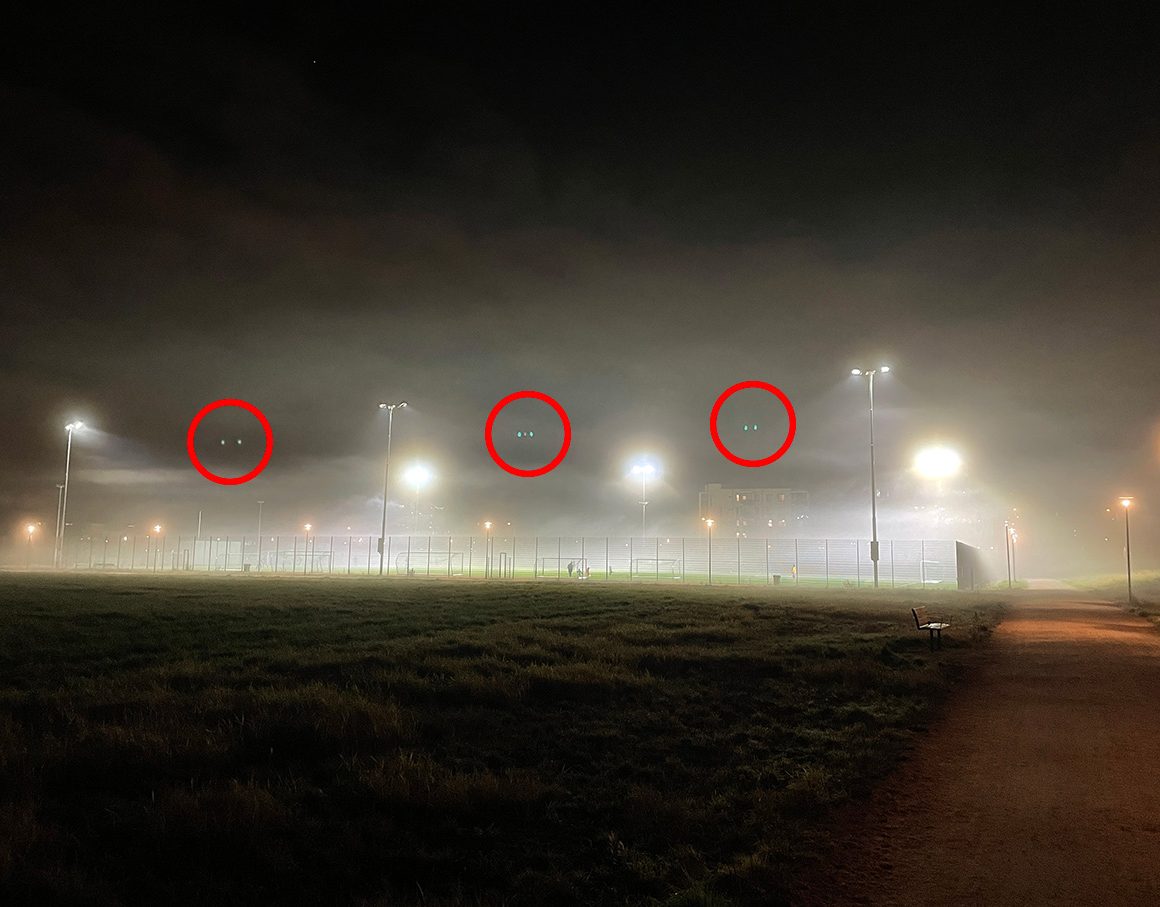 Perfectly captured scene, but lens flares are a minor inconvenience.

The default image format for photos was set to .HEIC for some absolutely stupid reason. Apparently it’s more “efficient” but it has a great cost what comes to compatibility. I had issues opening them on my windows PC and my Photoshop rejected the image altogether. It may work fine in an Apple bubbleverse, but as a user of multiple operating systems .HEIC as default format is an absolutely inconsiderate decision. Had to change it manually to jpeg, but I would’ve appreciated if there was atleast some dialogue or indication that I’m shooting images in .HEIC. Bad Apple, bad! 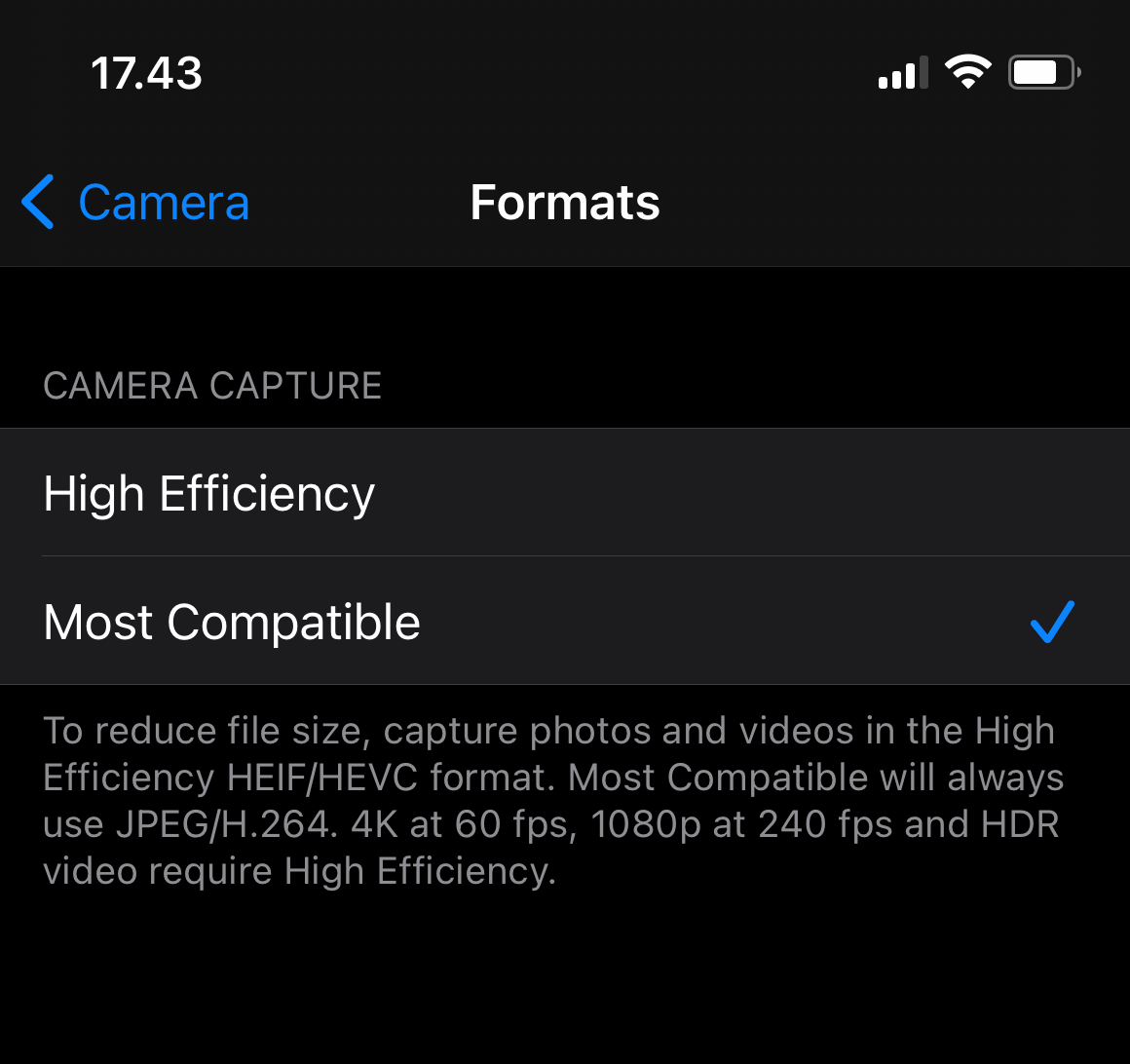 I wholeheartedely recommend choosing “Most compatible”

iPhone 12 camera system relies heavily on automation and it works quite well. However, as an hobbyist photographer I find it disappointing that this heavy reliance on automation strips off all the manual tweaking. The system decides the maximum exposure length and basicly everything. Heavy reliance on automation has restrictions for creative use – say if i’d like to try capturing light trails. System says you may only use 3 second exposure max. Period. There are also no manual settings for ISO, this is Apples way of ensuring that images don’t come out as grainy and noisy as they tend to with high ISO. Sure, it ensures that anyone can capture good pictures in any situation, but I’d like at least have an option for an advanced mode. I appreciated the very simple, yet helpful tool for keeping phone steady while taking longer exposures: 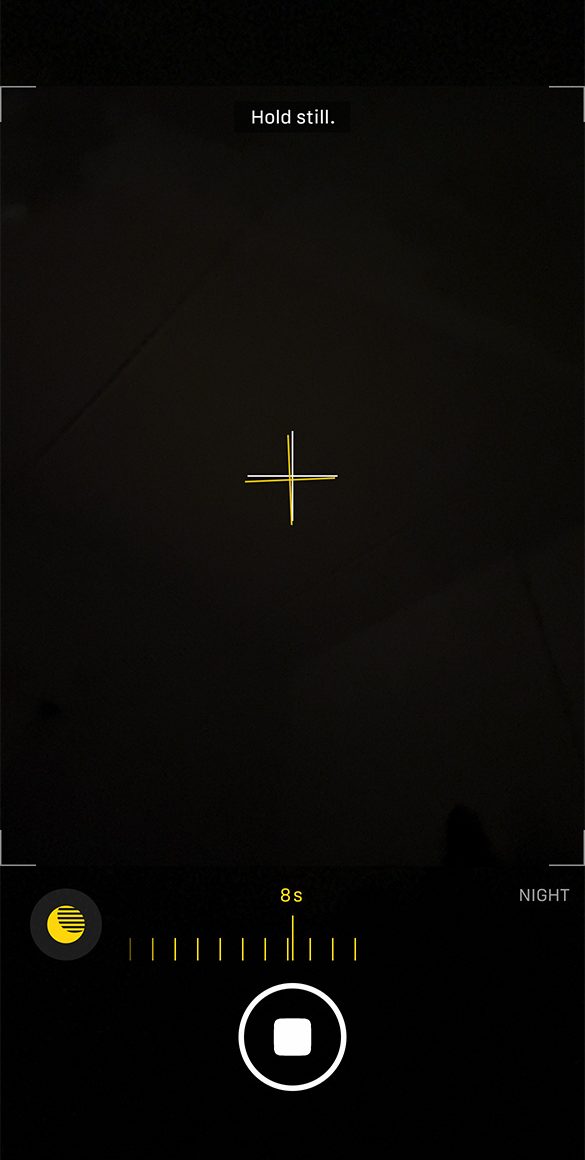 Other than that, the camera UI seems very much same as in most Android phones. No point in comparing them too much.

There are loads of different multilens setups in the mobile phone market. Apples choice for these lenses in iPhone 12 is a solid choice and maintains top quality in different challenging lighting conditions. It’s an excellent camera, however if you enjoy tweaking with manual settings this isn’t the right choice. If you’re into videography, iPhone 12 is pretty good in that sense too with high bitrate and smooth OIS. There are also plenty of powerful Androids with excellent cameras + have a wider set of functions for full control.

To conclude this post: here’s a bonuspic of my doggy Leo <3 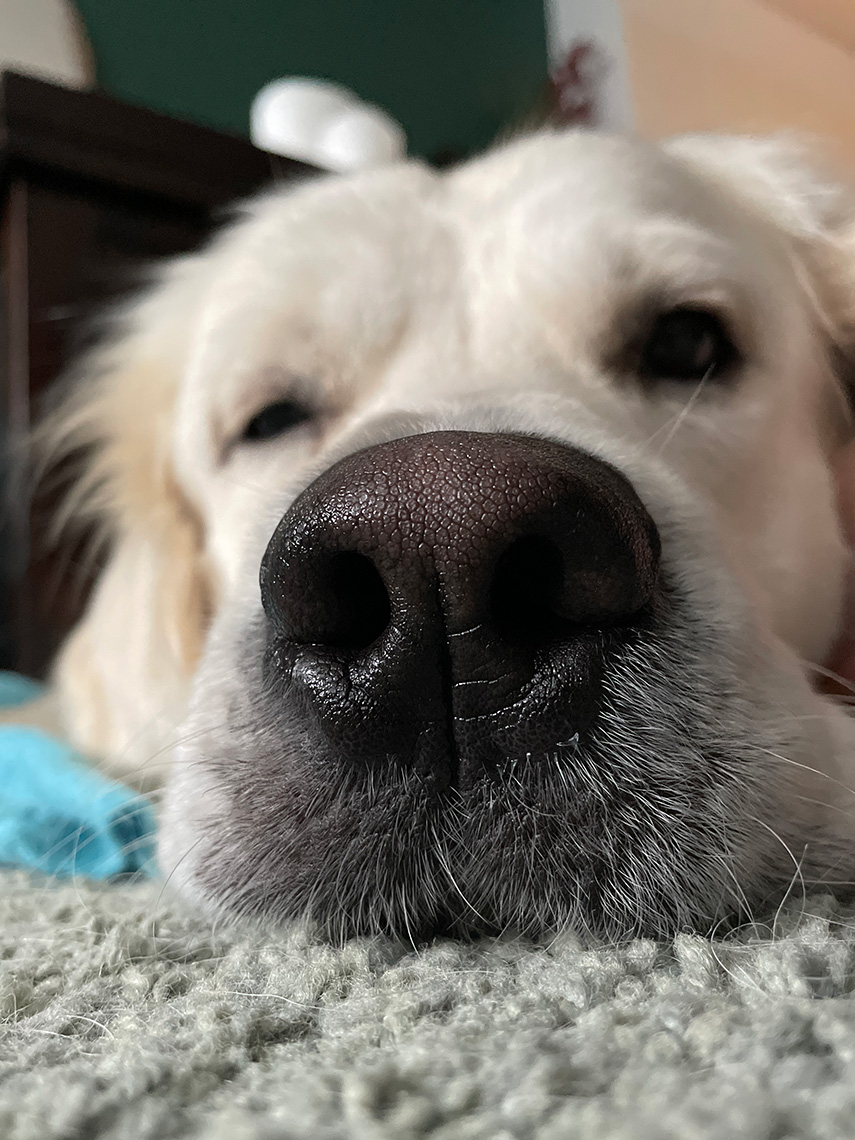 Bonus pic of my doggy Leo <3